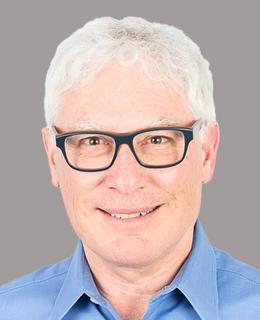 Quentin Pittman obtained his BA&Sc at ULethbridge and a PhD at UCalgary, then trained as a postdoctoral fellow at McGill and the Salk Institute. In 1980, he returned to Calgary, where he has received nearly 40 years of external, competitive salary awards as well as continuous research program support from the MRC/CIHR and other agencies. He is a Fellow of the Royal Society of Canada, Canadian Academy of Health Sciences and American Physiological Society and has given a number of named lectures to various societies and institutions. He has held committee and executive positions in a number of national and international scientific societies and has been a reviewing/assoc editor for several scientific journals. He has held several leadership positions within the Cumming School of Medicine, Hotchkiss Brain Institute and Alberta Children’s Hospital Research Institute.

Dr. Pittman’s work, which has collectively been cited over 16,000 times, has been focused in 3 major areas: 1. Innate immunity, inflammation and the brain; 2. Cellular actions of peptides, mediators and neurotransmitters; 3. Early life programming of the brain and febrile seizures.

Aside from neuroscience, his other passions include skiing, hiking and cycling, but he can be distracted by a good Scotch.

Dr. Pittman’s research activities focus upon the effects of inflammation on the brain. In collaboration with colleagues Keith Sharkey, Mark Swain, Simon Hirota and Matt Hill, we explore how chronic peripheral inflammation in the form of animal models of colitis, arthritis and liver disease cause changes in the brain that may underlie psychiatric co-morbidity in these diseases.  We also ask how CNS inflammatory states seen in animal models of multiple sclerosis (with Marie Eve Trembley - UVic) and epilepsy (with Cam Teskey and Matt Hill) can lead to behavioral co-morbidities.  In neonatal animals we are attempting to understand causative factors leading to febrile seizures ( with Morris Scantlebury), as well as define and understand the long term effects of neonatal inflammation on the brain.  We are interested in the roles of cytokines and transmitters such as cannabinoids, neuropeptides and amino acids.