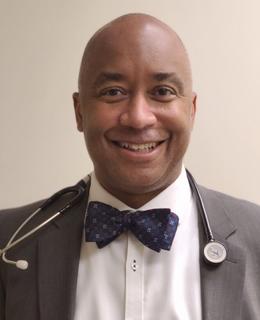 Dr. Morris Scantlebury is an Associate Professor in the Departments of Pediatrics and Clinical Neurosciences at the University of Calgary. He also is a pediatric neurologist at the Alberta Children’s Hospital in Calgary and is a member of the Alberta Children’s Hospital Research Institute, Hotchkiss Brain Institute and Owerko   . Dr. Scantlebury has a broad background in pediatric epilepsy research. His current research focus is to identify new treatments for the catastrophic infantile spasms syndrome. Dr. Scantlebury also investigates the mechanisms of febrile seizures, which is the most common form of seizures to affect children.

The principal foci of our laboratory are 1) to find better treatments for infantile spasms and 2) to prevent the development of epilepsy following atypical febrile seizures in children.

My research has focused on the development and characterization of models of pediatric epilepsy syndromes. I have so far developed a model of temporal lobe epilepsy following atypical febrile seizures and a model of symptomatic infantile spasm syndrome. In a collaborative approach, our laboratory utilizes long-term EEG and behavioral assessments  in conjunction with molecular, biochemical, pharmacological and electrophysiological techniques to understand the factors underlying seizure/epileptogenesis in the animal models. Our overall goal is to use this increased understanding derived from the animal models to guide the discovery of novel targets for therapeutic intervention that can be rapidly translated to clinical practise.

The microbiome is emerging as an important peripheral modulator of cerebral excitability and seizures. We are studying the role of the microbiome in the expression of seizures and as a biomarker for intractability to current firstline treatments in infantile spasms.

The PEOIP is a world leading bioinformatics program of the Alberta Children’s Hospital Comprehensive Children Epilepsy Center (CCEC); the latter serves as the primary referral for seizures in southern Alberta. The mission statement of the CCEC is- “To create a system of excellence to provide comprehensive clinical care and research that leads to improved outcomes & education for all stakeholders in a manner that optimizes societal resources.” Central to accomplishing our mission we created a data structure by which common data elements are entered by physicians and nurses into an electronic note available in our EHR (Sunrise Clinical Manager), soon to be transitioned to EPIC. The data for the entire population of patients of epilepsy is then organized into a dashboard using the data visualization tool Tableau. The population dashboard contains many filterable fields and thus is a powerful tool that allows clinicians to receive answers to important clinical questions and notably the answers can be received within minutes to seconds. A summary of the patient’s history is also provided as a patient specific dashboard. All dashboards are updated at least weekly and made available to the physician for use at the point of care. The data collected with the epilepsy note can also be combined with data from other provincial data sources to enrich our understanding of our patients with epilepsy. Thus far we have prospectively collected longitudinal standardized data on 3753 unique patients with pediatric epilepsy comprising ~ 17,541 notes (patient encounters) which is one of the largest such repository of standardized data collection for pediatric epilepsy patients in North America. We aim to leverage and enhance the data-capture and infrastructure within the PEOIP to achieve our goal to improve outcomes for our children with epilepsy.