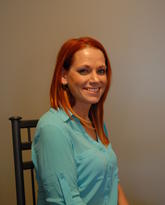 This work has been particularly rooted in the investigation of the fetal programming theory and understanding the mechanisms by which early experiences can compromise long-term neurological functioning. The phenomena known as fetal/early programming promotes stable modifications to the epigenome (the complex regulatory network of heritable modifications that regulate genetic function without altering the actual genome) that may paradoxically increase an individual’s risk for disease and dysfunction later in life if there are discrepancies between early and long-term environmental exposures.

Although the epigenome and the brain are especially plastic during the perinatal period, the alterations made during programming are persistent and often difficult to modify later in life. Thus, changes to the epigenome of the brain that are induced by early programming may contribute to individual differences in risk for neurodevelopmental or neurodegenerative disorders such as autism or dementia. One of the key goals of Dr. Mychasiuk’s research is to develop safe preventative and therapeutic interventions that will address the source of the dysfunction and promote the reestablishment of typical developmental trajectories.