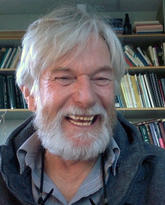 Spatially repeated patterns - from segmentation in the leech, to the patterned expression of homeodomain proteins in Drosophila, to somitic segregation in vertebrates - are a common feature of development.

In the nervous system, the cerebellum is an ideal tissue in which to explore these questions. A variety of molecules - “zebrins” - are expressed in the adult mouse cerebellum in an elegant array of stripes, interposed by similar stripes of unlabelled cells. This pattern of stripes is correlated closely with the pattern of axons bringing information to the cerebellum.

We use cell and molecular biology techniques to approach these issues, including: raising monoclonal antibodies to zebrins, cloning zebrin genes, anatomical methods such anterograde tracing, immunocytochemistry and in situ hybridization, surgical and pharmacological interventions, and the culture of cerebellar slices and dissociated neurons.