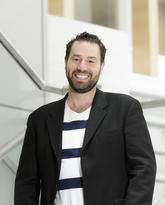 More so, we have found that under conditions of chronic stress, endocannabinoid signaling “breaks down”, and that the loss of this buffer system may be one of the mechanisms by which chronic stress increases the risk of affective illnesses, such as depression and anxiety disorders. This hypothesis has been supported by translational clinical studies we have performed demonstrating that circulating levels of endocannabinoids are reduced individuals afflicted with major depression. The primary focus of research in my laboratory is to understand the role of the endocannabinoid system in the effects of stress and glucocorticoids.

Within this focus, my research is particularly interested in determining the role of the endocannabinoid system in the effects of stress on a) neuroendocrine function; b) emotional behaviour; c) energy balance and metabolism; d) neuroinflammation and neurodegeneration. This is achieved through a systems level approach incorporating a range of neuroscientific techniques ranging from cellular/biochemical to behavioural.