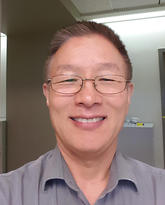 The research interest in my lab is to investigate how Cdks are regulated in the cell and how they function during cell proliferation, differentiation and apoptosis. The specific interests in my lab include: (i) We have previously found that Cdk5 activity is elevated in Alzheimer's disease (AD) brains. It has also been shown that p35 and its truncated form, p25, mediate enchanced secretion of the beta amyloid peptide, the major compenent of senile plaques in AD brains. Our lab is interested in examing the role of Cdk5 in neurodenegeration. (ii) We are investigating the role of Cdk5 in the peripheral nervous system, particulary in peripheral nerve degeneration and regeneration. We hope that our studies could lead us to clues on how to improve CNS regeneration following injury. (iii) Neurotrophic factors and serine proteases play significant roles in neurite remodeling that is fundamental to nervous system development and plasticity. We are interested in analyzing the molecular mechanisms through which neurite outgrowth is regulated.