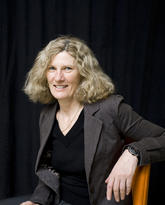 We are developing a comprehensive program of research in early psychosis that includes detection, prediction and treatment. We study both those at clinical high risk of developing psychosis as well as those in the first stages of a psychotic illness. Our major focus is in examining predictors and mechanisms of conversion to psychosis for those at clinical high risk. These clinical high risk individuals are typically in their late teens and early twenties. With this young group we study both clinical and functional predictors and potential biological mechanism of illness onset and progression in neuroanatomical, electrophysiological, neurohormonal, neurocognitive, and genomics domains. Other ongoing research includes developing non-stigmatizing methods of screening for early signs of risk of pyschosis. We are developing and testing new treatments mainly psychosocial that will prevent the development of a full blown psychosis as well as addressing the exisiting concerns of these young people. Our work with those in the first episode of psychosis addresses longitudinal outcome and effectiveness of current treatments.