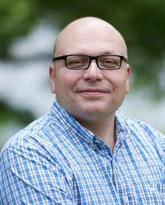 AMF/Hannah Professor in the History of Medicine and Health Care

Frank Stahnisch has recently completed his third monograph on the history of the morphological neurosciences in the early 20th century with McGill-Queens University Press: A New Field in Mind: A History of Interdisciplinary in the Early Brain Sciences (Montreal, PQ and Kingston, ON, 2020). His research interests and collaborations span broader historiographical fields: These include, among others, historical and theoretical relations between the brain sciences and the philosophy of mind; the interdisciplinary organization of the morphological neurosciences in the early 20th century (especially German speaking countries and North America); historical epistemology of the biomedical sciences in the 19th and 20th centuries; experimental practice in neurophysiology in the 19th century (focus on France); and medical research ethics (especially experimental practices and brain manipulation).

His research further attempts to create in-depth understanding for the development and necessities of basic research in biomedicine. It places medicine and neuroscience in the wider context of society and culture with their specific traditions of healing, scientific inquiry, and health care. Frank Stahnisch is also interested in how the social expectations and the research ideas are themselves reflected in the use of pictures and imaging techniques in modern medical practice and forms of neuroscientific inquiry.