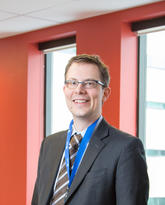 I investigate vascular contributions to age-related cognitive decline and dementia, including stroke and stroke outcomes. I study people from the general population as well as patients with clinical cognitive disorders and cerebral amyloid angiopathy, a vascular disease caused by beta-amyloid. My research is funded by the Canadian Institutes for Health Research and Brain Canada, as well as other sources. In collaboration with a team of vascular specialists in the Canadian Consortium on Neurodegeneration in Aging, including both basic scientists and clinical researchers, I am identifying new ways of treating people with cerebral small vessel diseases and testing them in clinical trials.